DIMITSANA IS HISTORIC VILLAGE OF PELOPONNESE

It attracts a great number of tourists every year. The Medieval castles, the neoclassical buildings as well as the alleys paved with stone and full of vougainvilleas create a marvelous spectacle and reveal the city’s long history. 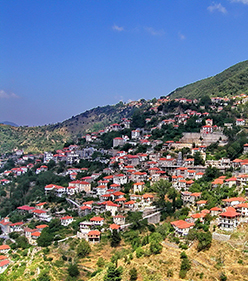 Situated at the western edge of the famous mountainous Arcadia, in an enchanting enviroment full of rare images, landscape variations and wonderful natural beauties. 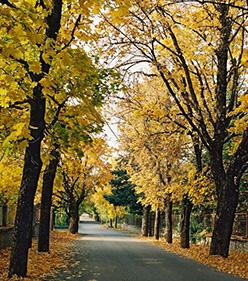 Vytina lies in a valley at the foot of Mount Mainalo, at an altitude of 1.033 meters. It has an excellent climate and it’s a very popular winter holiday destination. 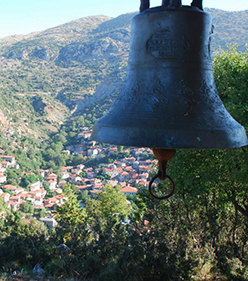 Stemnitsa is one of the most beautiful & historical villages in the prefecture of Arcadia & is located between Dimitsana & Karytaina. 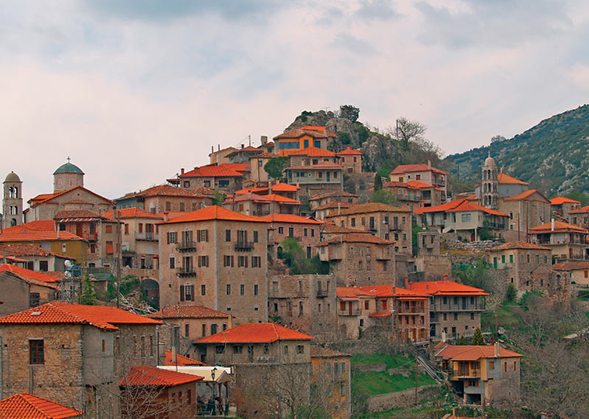 Dimitsana, imposing and amphitheatrically built at the slopes of Mainalo, about 59 kilometers northwest of Tripolis and surrounded by verdant hillsides, dazzles visitors with its stone houses and cobbled narrow streets, the scenic churches and the Open-Air Water Power Museum, but also with its bridges, springs, mills and the natural beauty of River Lousios that flows nearby. Dimitsana flourished from the 17th until the beginning of the 20th century. The main professions of the residents were trade and metallurgy. Its economic prosperity led to its intellectual prosperity with the establishment of the famous Greek School.

The mountain Mainalon occupies the center of the Peloponnese and a large part of the prefecture of Arcadia. It stretches from the plateau of Tripoli to Lousios River in the west and from Megalopolis until Ladonas north, in an area of approximately 1,000,000 acres. The pure mountain zone (contour of 1,000 m.) Is over 700,000 acres and makes it one of the most extensive mountain ranges of Greece. The constant changes of tens of peaks and ravines with hundreds of mountain pastures and plateaus, give an impressive relief. The very fact that most of the plateau show a negative slope (dolines, Goupata, lacquers) makes Mainalo unique geomorphological formation throughout Greece. 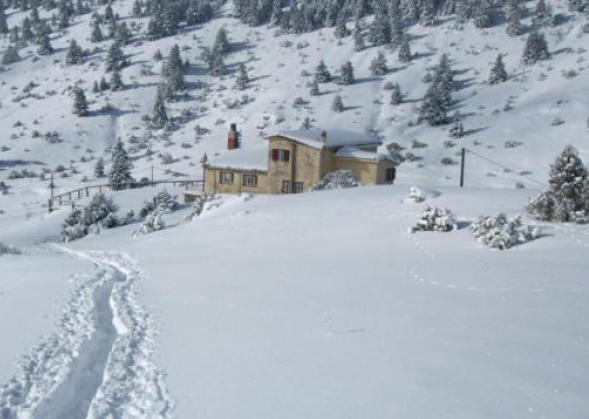 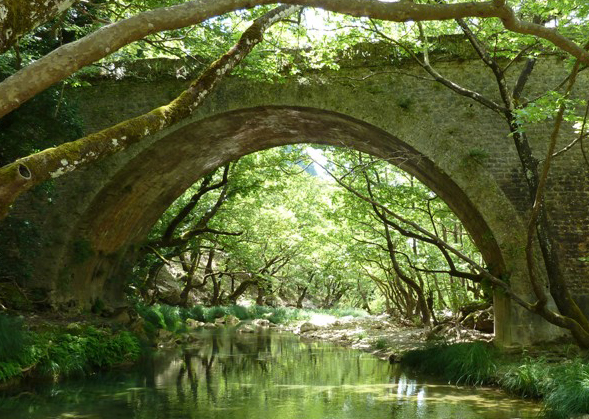 Gortynia is perhaps the most magical place of Arcadia. The mountainous territory, difficult access to places, wonderful nature, isolated but picturesque villages, create those conditions that encourage prospecting and exploration away from secularism and mass tourism. It is no coincidence that the region will meet many historical monasteries and hermitages, which fit perfectly in the conditions mentioned above.

Stemnitsa is one of the most beautiful and historical villages in the prefecture of Arcadia, and is located between Dimitsana and Karytaina. The village is built onto the slopes of Mount Mainalo, near River Lousios, ancient Gortyna and numerous renowned monasteries amidst cherry, walnut and plane trees. During the Turkish domination, Stemnitsa evolved into a major hub for metallurgy and its -mostly itinerant- craftsmen (goldsmiths, silversmiths, blacksmiths, bell and cowbell manufacturers, coppersmiths, etc.) created exceptional works of art, even beyond the borders of Arcadia. 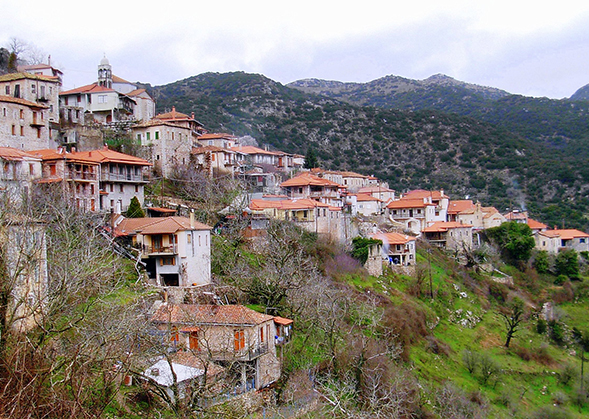 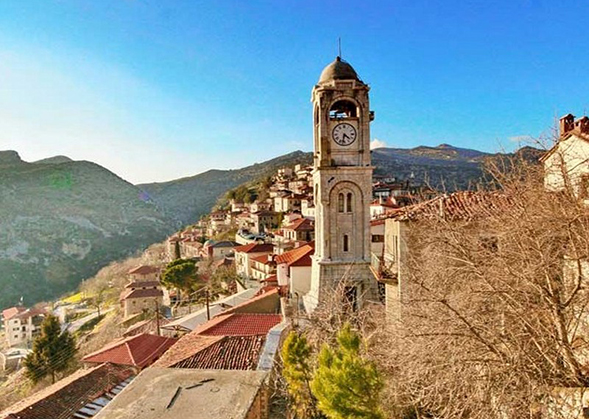 Vytina lies in a valley at the foot of Mount Mainalo, at an altitude of 1.033 meters. It has an excellent climate and it’s a very popular winter holiday destination. In the past, Vytina was the place people with lung and thoracic diseases were choosing for a full recovery. After World War II most of its population migrated, but today it’s a bustling, scenic village with an excellent tourism infrastructure and exceptional local products (dairy, pasta, honey, wooden carvings), constituting an ideal holiday destination and a great starting point for touring the beautiful mountainous Arcadia. Vytina is very close to the Ski Center of Mainalo, it has a lovely picturesque main square, the impressive church of Agios Tryfonas, a renowned Forestry School and an interesting Folk Art Museum. There are many notable nearby destinations that surely worth a visit, like Methydrio, Pyrgaki, Elati, the historic Alonistaina, ancient Orchomenos and the Monastery of Agioi Theodoroi.

STAY IN THE PICTURESQUE DIMITSANA

Find out more or adjust your settings.

This website uses cookies so that we can provide you with the best user experience possible. Cookie information is stored in your browser and performs functions such as recognising you when you return to our website and helping our team to understand which sections of the website you find most interesting and useful.

Strictly Necessary Cookie should be enabled at all times so that we can save your preferences for cookie settings.

If you disable this cookie, we will not be able to save your preferences. This means that every time you visit this website you will need to enable or disable cookies again.

This website uses Google Analytics to collect anonymous information such as the number of visitors to the site, and the most popular pages.

Please enable Strictly Necessary Cookies first so that we can save your preferences!